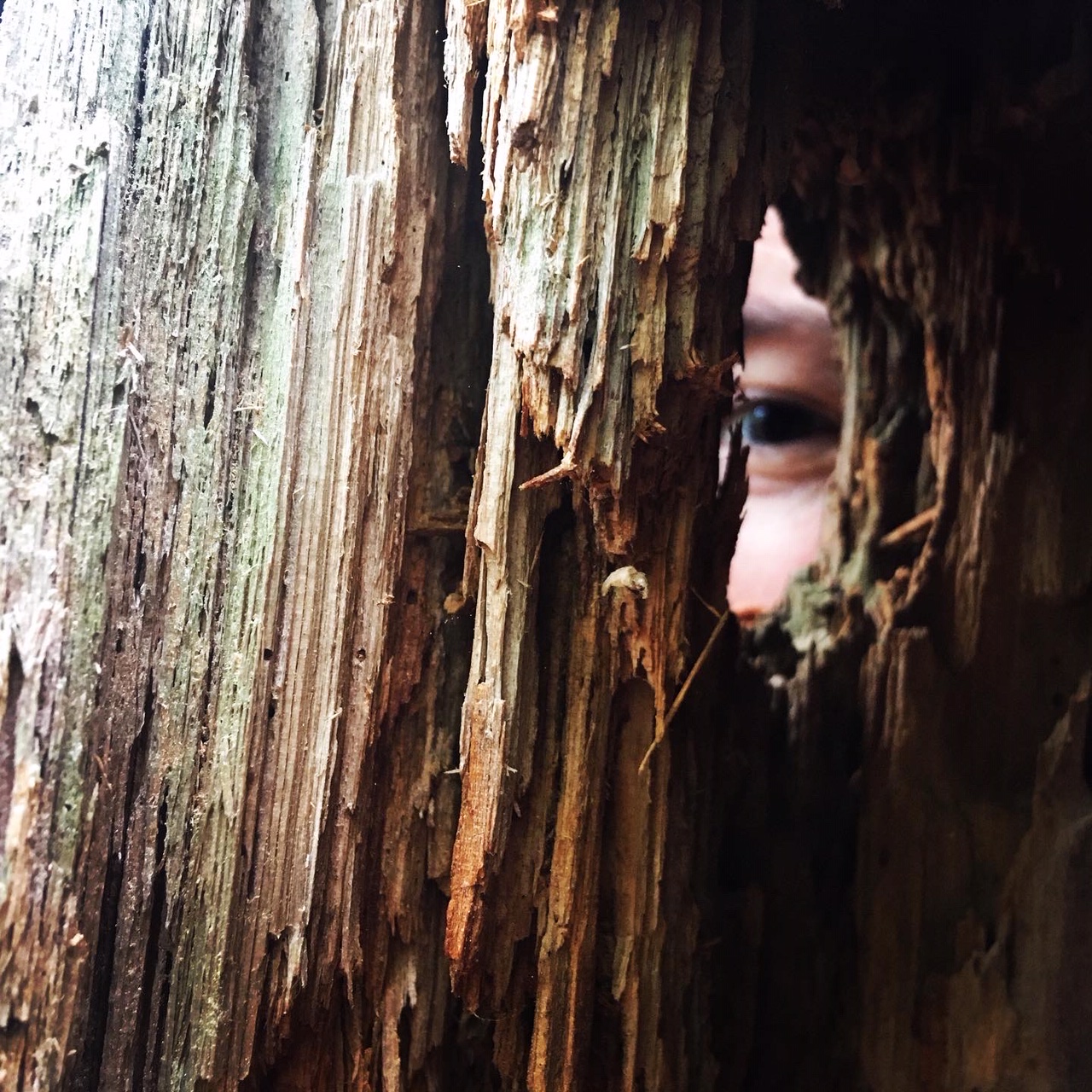 You think you are you, but you are not. Hundreds of thousands of bacteria, microbes, and other hangers on ride around with you every hour of every day, on your skin, in your guts, in every moist and dry spot on your body. Is it even yours?

In the micro sense, i.e. the sense of you as a discreet being and consciousness, you are not you but this vast collection of living matter. There are some who might even argue that you are not the primary decision maker in your personal biomass, but let’s leave that aside. Let’s say that you are running your own personal ship.

You go to the woods.

Of course, the woods are not the woods. Wood is a also a small portion of the biomass in that location. The bulk of it is fungus, bacteria and microbe, and it is massively interconnected. Every tree is linked, beneath the ground by overlapping roots and the mycorrhizal network that shuttles water and nutrients around, sends out chemical signals, and generally manipulates the stuff above ground for its own ends.

In the macro sense, you step into this massive interconnected life and it subsumes you. Almost immediately you are altered chemically. Hormones are released. The place changes your mind. Is it also bending you to its will? It’s hard to say, because the timescale there is different to ours. We perceive the place as still, or changing at a very slow pace. It is possible that the processes at work there are simply beyond our powers of immediate perception.

It is possible that, when you’re in the woods, you are the woods.

Forest bathing, an idea popularized in both Japan and Scandinavia, is the process of destressing your mind by surrounding yourself regularly with nature. Because we are deluded control freaks, we think we are doing something intentional when we go outside, that we need to concentrate on the sights and sounds of the forest, but I think we are giving ourselves too much credit.

When you enter the forest, the forest takes over. It tells you what to see and where to go. It floods you with smells. You don’t have to try to make this happen, because, once you are in the woods, you become such a small amount of the biomass, that you are more or less the bacteria in the organism’s gut or the fungus propagating on its skin.

This is the connectivism in brute terms, non-spiritual, just a direct takeover of your sense of self by a power greater than yourself that is not supernatural, but just hypernatural.