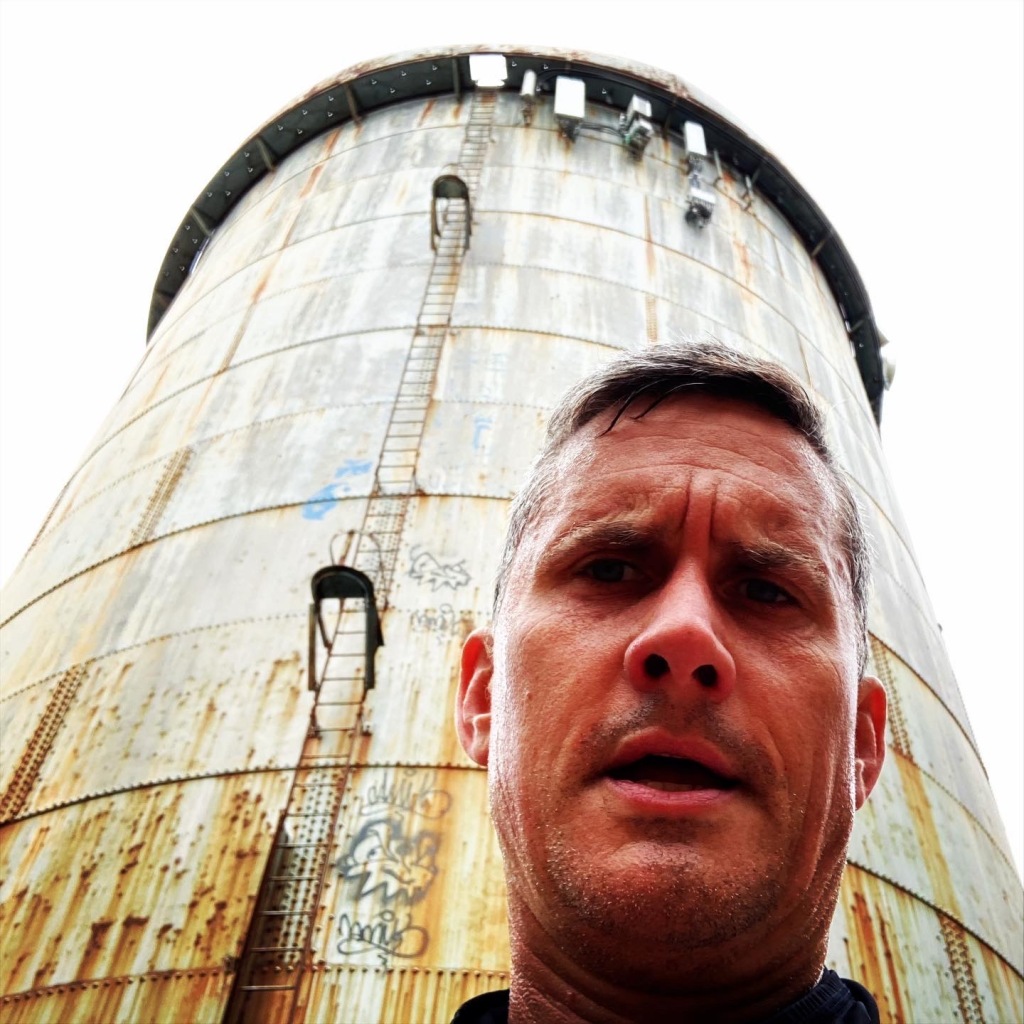 We have a six mile loop, the Two Towers Run, that is another sort of test piece. I have no idea what constitutes a fast Two Towers time, because that’s not what I pay attention to on this one. Two Towers is more about how it feels, not about how fast you do it.

It’s a moderately technical run, with two good climbs and a couple of sketchy descents. It takes its name from the two water towers that top the hills the route takes in, although based on Saturday’s run, I might try to change the name to the “People Doing Kung Fu in the Park” run.

Two Towers represents, for me, the gateway to fitness. At the point that you can run 6 quick, flowy miles on this route, you’re stepping up into that place where you can knock out a less difficult half-marathon at will. That’s a good place to be.

On Saturday, I did not run a quick, flowy Two Towers. Things started out pretty well. I cruised the first climb, the harder of the two, and rolled over the top, but something happened between there and the second climb. My legs got heavy. My heart whooped and thudded. The work turned into real work. By the time I topped out of the switchbacks at the second water tower, I was in the red and so the loose, rocky trail down felt more like tap-dancing through landmines than smoothly navigating a dirt flume.

At that point, my stride was heavy and loud. I could hear my feet battering the ground, and I tried to get my form back together, but it wasn’t happening. It’s about a mile-and-a-half to the end from there, mostly downhill, and I just willed myself to finish.

I sat on the tailgate of my car after and contemplated my mortality.

Was it last week I wondered “Where is Fitness?” This week I have a little better idea. I thought about it a lot (too much) as I wound my way down that last hill.

If fitness is a bucket, you can fill it by doing work. When you rest, some of your fitness will evaporate, but only slowly. You can continue to add by continuing to work. But if you’re north of 40 (or nearly 50), I have bad news. Your bucket also likely has a crack in it, and some of your hard won fitness will leak out the side. When you rest, you lose what you had more quickly than you did when you were still in the full bloom of youth.

The Two Towers told me exactly what’s in my bucket. It was enough, on the day, but I have work to do.