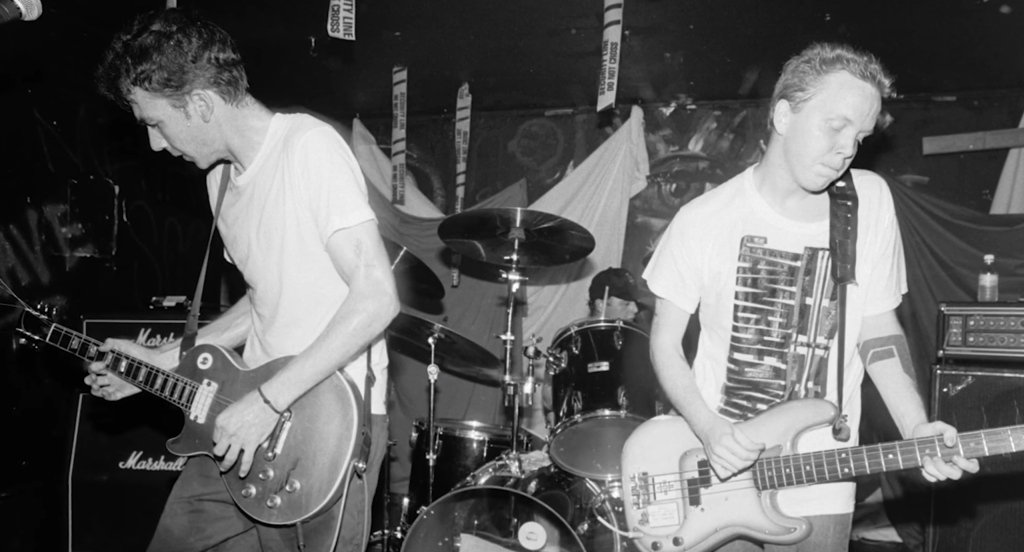 Punk rock isn’t music to me. It’s a set of values and a source of energy, a kind of aural philosophy. There happens to be music that goes along with it, which makes it easier to access for a simpleton like me.

I wrote a thing yesterday for The Cycling Independent called Some Organizing Principles, and that came from the draft of a piece I started here but never finished, a piece about the connections between anger, truth, energy, rebellion, authenticity, and simplicity that fire most of what I do.

Life isn’t nice (all the time). It’s messy. Chaotic. It’s easy to feel broken down by the frenzy of the moment. Glowing rectangles and doom scrolling. Politics. Pop cultural stupidity. Hypocritical religiosity. Conflicts over the smallest things, while the iceberg floats away and the boat begins to take on water.

Punk rock is an energetic response to all that, an equal and opposite reaction, a pep rally for the endless quest for truth that has to go on in that blare of nonsense. It’s a loud objection to the status quo, a way to remind yourself that you can do better, that you refuse to go along.

I have joked before about liking to turn the music up in the car until the side view mirrors are visibly vibrating, and about how effective that volume is at crowding out whatever nonsense is in my brain. It’s a purgative, a mind eraser. Try it.

It’s also the energy to move forward. When I pick Meghna up for a run, I’m often listening to something really, really loud. I’m getting amped up for battle with my demons, the ones I’ll beat down one plodding footstep at a time, the ones that come trickling down my face as beads of sweat. I turn down the music before she gets in the car. It’s not everyone’s thing.

I suspect though, that everyone’s thoughts are really loud, and they don’t like really loud music because it adds to the cacophony. For me, it’s the opposite. I never feel so calm as when the music is blaring, noisy, dissonant, and chaotic. Maybe they’re not as angry as I am about being dragged along in life’s wake, or maybe they’re just better at calming their minds.