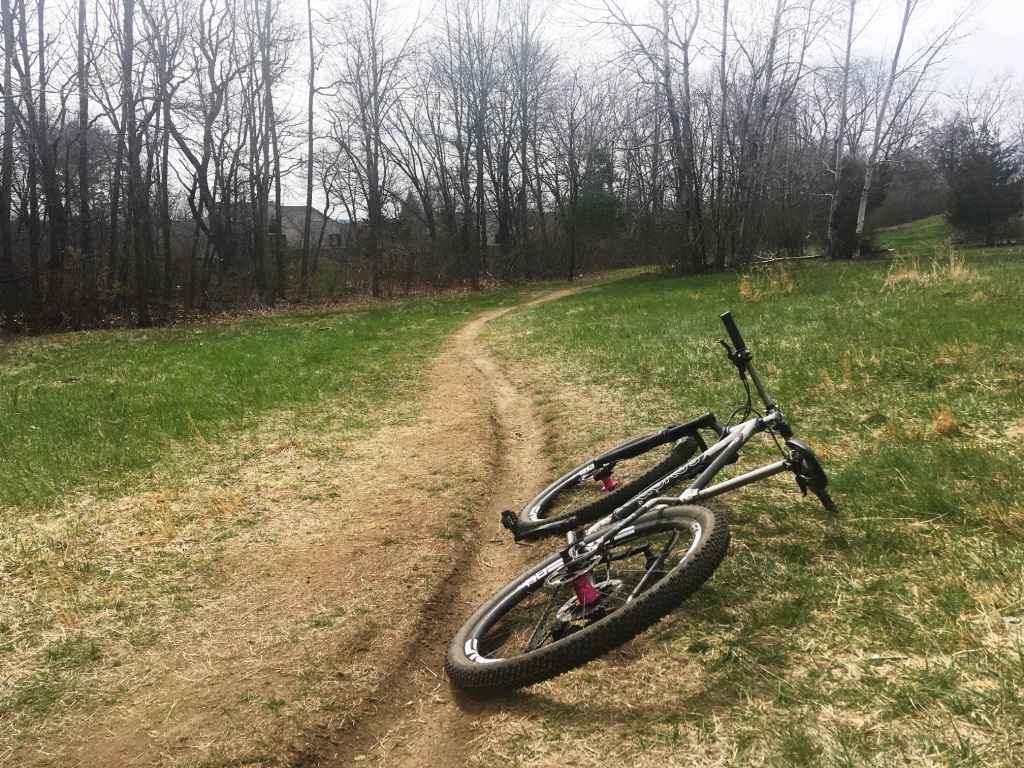 Let’s start with an audacious premise, that just by virtue of the fact that you are reading these words, you are fast. I know. I know. “Bullshit,” you think to yourself. But maybe it’s true.

These things can be self-fulfilling, the placebo that cures what ails you.

Allow me to perform the trick of the medium, the palm-reader or the gazer into crystal balls. Dim the lights. Put your credit card on the table.

You ride a bike or you run. Oh yes, the low-hanging fruit. The obvious. But don’t you see we’re already more than half-way there. Because not only do you do these things, but you do them often, some might even say regularly. Wait. Wait. It’s more than that. You actually define yourself, sketch the outlines of your deep and true and core identity, in relation to the trail.

You are a cyclist and/or runner, but you are more. You are a committed cyclist/runner. In the back of your mind, at some point, you have assigned yourself a sub-identity within the cycloverse. You are a climber (grimpeur) or a rouleur. Maybe a sprinter or a randonneur. Or you’re a certain kind of runner, a sprinter, a distance runner, a good, steady slow grinder.

How am I doing? Uncanny, right? Look, every Robot with a neon sign out front isn’t a charlatan. Some of us have true mystical powers. We see things. We know.

And so you’re out there. You’re out there a lot. Maybe you run/ride through the winter, or maybe you take an off-season. It doesn’t matter. Even if you use the term “winter weight” un-ironically, you remain an outdoorsperson, and you know, even as you shovel another forkful of cake into your gaping maw, that you will return to the trail. You have faith that it will set you free from these days of excess, the license you’ve given to your id, that rotten son-of-a-bitch who doesn’t care a whit how (not) fast you are in the spring.

It’s all alright, because you’re a trail person.

And now we circle back to our premise that you are fast. “Pfffffttt!!” you think again, “Have you met me?” And yes, I have. I know you. You’re that person who rides a bike and/or runs, by virtue of which, you are fast.

No, you are not fast relative to Steve. Fucking Steve whose muscle-y ass you’ve had to follow over hill and goddamned dale all summer long. Steve, who once won things and knows how much his shoes/wheels weigh. Steve, who, despite being faster and fitter and better adjusted than you are, is actually an alright guy, and let’s be honest, if it wasn’t for Steve, we probably wouldn’t run or ride as much as we do. Let’s not murder Steve, just because he’s fast. There are better ways to bend the curve of velocity back toward our own very human capabilities.

Go to the grocery store. Never mind a cart. You don’t need a cart. And forget the basket. Put it down. Just walk the aisles. Up. Down. Frozen foods. The chip aisle. Even allow yourself to wander into produce. It doesn’t matter. Have a look around. Count the number of shoppers you couldn’t beat in a two-up, town-line sprint. KAPOW! You’re fast.

Oh, but it gets better.

Leave the store. Go home. Wait for your favorite band to come to town. I know. I know. It’s been a long time. How long? Since college? Yeah. It happens. We all get busy, lose track, get older, get lame, forget what it’s like to stand for two hours or more on a concrete floor drinking beer from a cup and shouting to maintain a conversation while the sound guy juices the room with some techno crap cooked up by a Scandinavian teen that he pulled off Youtube that morning.

But now you’re at the show. As is every other adult for whom this band was significant back in the ’90s, ’80s, ’70s, ’60s. Now we’re not looking at a random sampling of grocery purchasers, i.e. regular humans. Now we’re looking at your cohort, folks your age who are steeped in the same zeitgeist(s) that produced you in all your fitness-hoarding majesty.

How about now? Anyone here you couldn’t beat to the top of a 9% incline of 1km or more? I am assuming your favorite band isn’t that bunch of dudes from the Michelob Ultra commercial.

Here we are. We have arrived at fast again. But just like Dorothy, back in Kansas after that technicolor acid trip of hers, it was inside you the whole time!

You are fast because you try. And it doesn’t matter if you never do an interval or a hill repeat, or like me, you sprint from the hoods. You will never win Milan-San Remo or the Western States, but at the school drop off in the morning you are among the elite.

It is quite possible that you can be faster, that by doing intervals and hill repeats, that by consuming a carefully considered diet, that by resting, by patience, and by dint of hard work, you can raise your performances, such as they are, to some vanishing point, an asymptote of accelerating brilliance.

But let me tell you I have clutched the philosopher’s stone in my greedy fists, and I have reworked the formulas. Take your life, add a bike, a pair of running shoes, sprinkle liberally with a ruthless realism and a modest sense of humor. It’s that easy. You are fast.