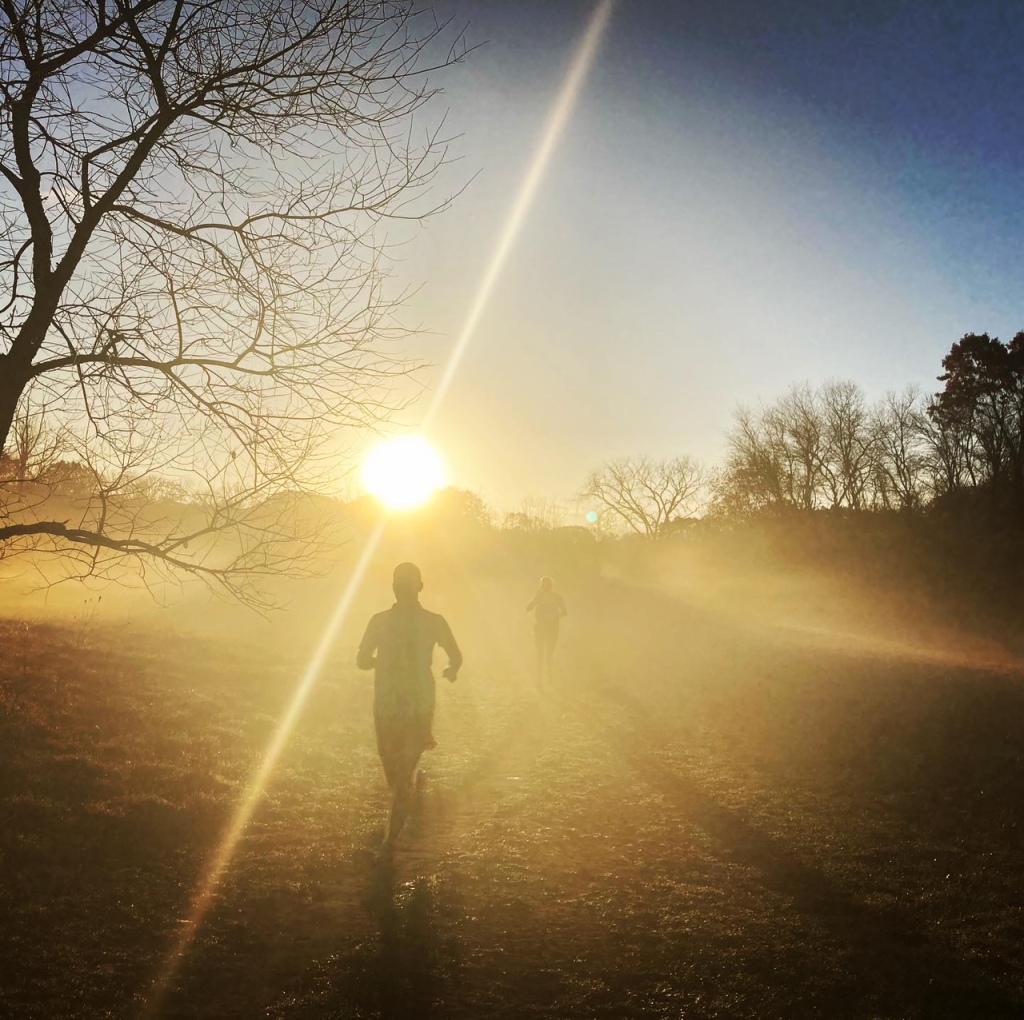 I was listening to a woman talk about her yoga practice. The context was a discussion about the things people are doing to keep from losing their shit during this endless twilight zone of pandemic restriction and isolation. With the swirling anxiety of imminent infection and the on/off collapse of democracy, folks are looking for ways to unplug, and looking inside for whatever innate calm can be found there.

I’m not sure it’s necessarily true that this place exists. I think what people are really doing is creating it, but that’s semantic. I guess the point is that we don’t have to be fully torqued all the time, but maybe backing away from the edge, which is possibly a chemically addictive place to live, takes some practice.

Yoga is a very practical practice. You can do it anywhere. It doesn’t cost anything. I’ve done a lot of yoga in my lifetime, though I’m nothing like an expert. In a world run amok, it seems like a good way to get back in touch with the things you can control and a way to shut out the things you can’t, a marriage of movement and meditation.

I want that too, but I want it out on the trail, at the sharp end of endurance. I can tell you, in my case, that this still pace doesn’t exist a priori. It’s something I’m actively creating, day-by-day, mile-by-mile. I am training my mind to remain calm, even under all the physical duress I can manage. I want to be 10 miles into an epic run and have that equanimity.

That may, in fact, be the place I’m running to.

Running is not yoga. A yoga practice sharpens the connections between your mind and body. It’s sort of the ultimate proprioceptive exercise. Trail running shares that honing of proprioceptive faculties, but the endurance aspect asks your mind to perform dissociative tricks, the ability to observe the body’s building discomfort and override it. There is pain, running says, but it does not mean what you might think it means. As distances grow this trick becomes more and more important. In this way, running cultivates a Buddhist non-attachment to physical reality.

Does that make running spiritual? Maybe.

I am irreligious and irreverent by nature, but I think there are non-mystical ways to think about spirituality that allow those of us who eschew the supernatural to make some useful claim on spirituality if we simplify its definition (which is most of the time nebulous and indistinct anyway). To me, spirituality just describes the things to which I feel connected, without being able to explain that connection. Romantic love is spiritual, for example. Feelings of community are spiritual. The sense of calm you get from being in the woods is spiritual. You can’t see or explain the connectedness of these experiences, but you’re sure they’re real.

And so, that still place inside may not have an objective location, and getting there may require a lot of practice, or even a lot of self-abnegation, but running, and for me trail running especially, can show the way there. The flow state of perfect running maybe isn’t just a nice experience. Maybe it’s also a spiritual practice and, in difficult times, a survival skill.