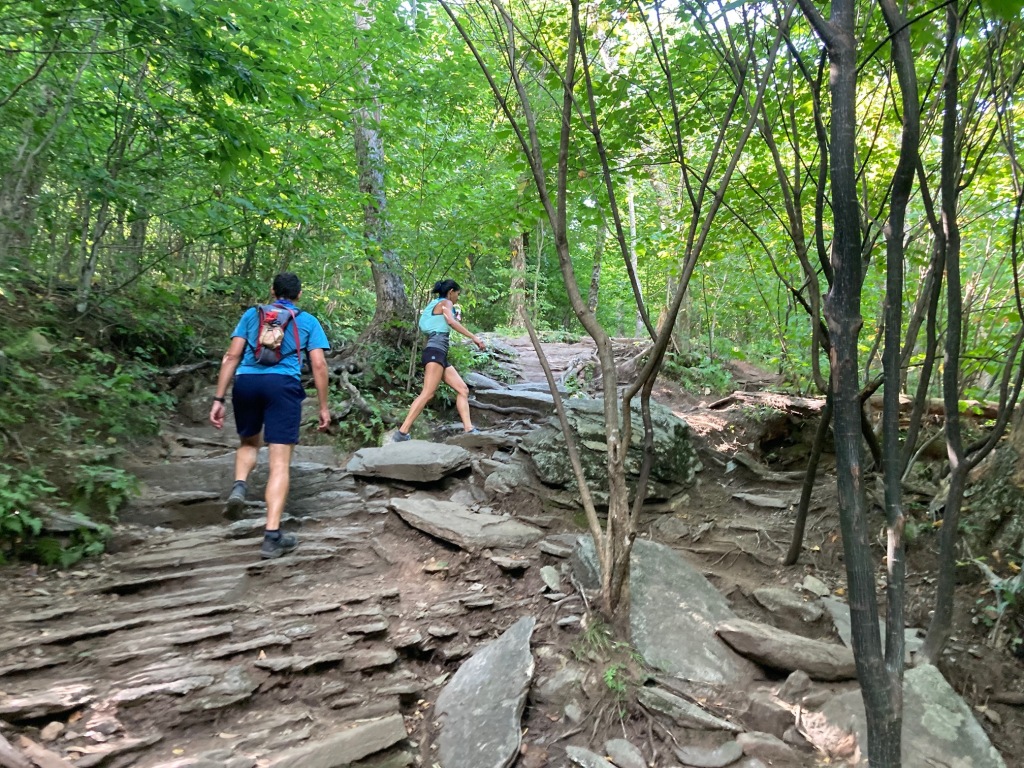 Meghna said she was out of shape, and while that assessment is highly relative (She’s still fitter and faster than most of the people I know, even coming out of an injury lay-off.), neither of us is at our peak, likely reached some time around the third week of Project 200 in August. Our few recent runs together have been slow, short, and tentative. That can be frustrating, because it feels like moving forward by stops-and-starts, because the long, rambling adventures we’ve made the centerpieces of our running seem so far away at the moment, and because flow is so elusive at this end of the spectrum.

It could bum you out if you let it.

Here’s the thing, though. When you’re chasing fitness, every run is productive, even the hard, painful, shitty ones. You can fool yourself into believing that’s also the case when you’re in top form, but in reality, those runs are more like being chased by zombies, where the zombies are loss of motivation, injury, over-training, and anything else that will keep you from flying along on your high plateau.

Being out of shape is a gift, as long as you don’t use it as a bat to beat yourself with.

Caitlin said that, in other parts of the country, the trails aren’t completely riddled with rocks and roots, and wouldn’t it be neat to not have to stare at your feet all the time. As the exit zone for the last ice age, New England’s earth has two distinct features, rocks of every shape and size springing from the soil everywhere all the time, the endless gifts of the glacial moraine, and the bane of the region’s farmers since forever. The second thing is the sort of sandy soil that is so welcoming to shallow-rooted trees like pine, so that top sprawling networks of treacherous woody tendrils snake in every direction.

Here’s the good news about that. As much as it can get tedious, and as often as it can disrupt your flow, it also makes us more agile, strong, and less prone to injury (assuming you can keep from tripping and smashing your face against the ground). I even daydream about dancing through our local rock gardens. There’s something elementally appealing about leaping from stone-to-stone, and if you can run this way and get to a flow state, there’s not much better.

For me, a big part of the appeal of trail running, as opposed to road running, is that you really have to pay attention to where you’re going, where you’re placing your feet, navigating, line reading, etc. It keeps you busy, and the miles pass more quickly. On the road, I’m honestly bored shitless. On long, straight, flat paths, I’m not much better. As hard as I like to push myself, I’m not trying to get into the pain cave and plod along in a straight line until I’ve reached some sort of arbitrary goal. I’d much rather run a challenging trail and enjoy the visceral thrill of it.

Listen, I’m not the king of positive attitudes. A lot of times, I write these things to convince myself to adjust my thinking. What I know is that most of my complaints come from discomfort, rather than reality. I don’t know that I believe every curse is a blessing. Life is seldom that neat and tidy, right? But I do think that you’re going to get cursed pretty often, and the better a job you do of turning those into blessings, the better you’ll feel about the whole thing.