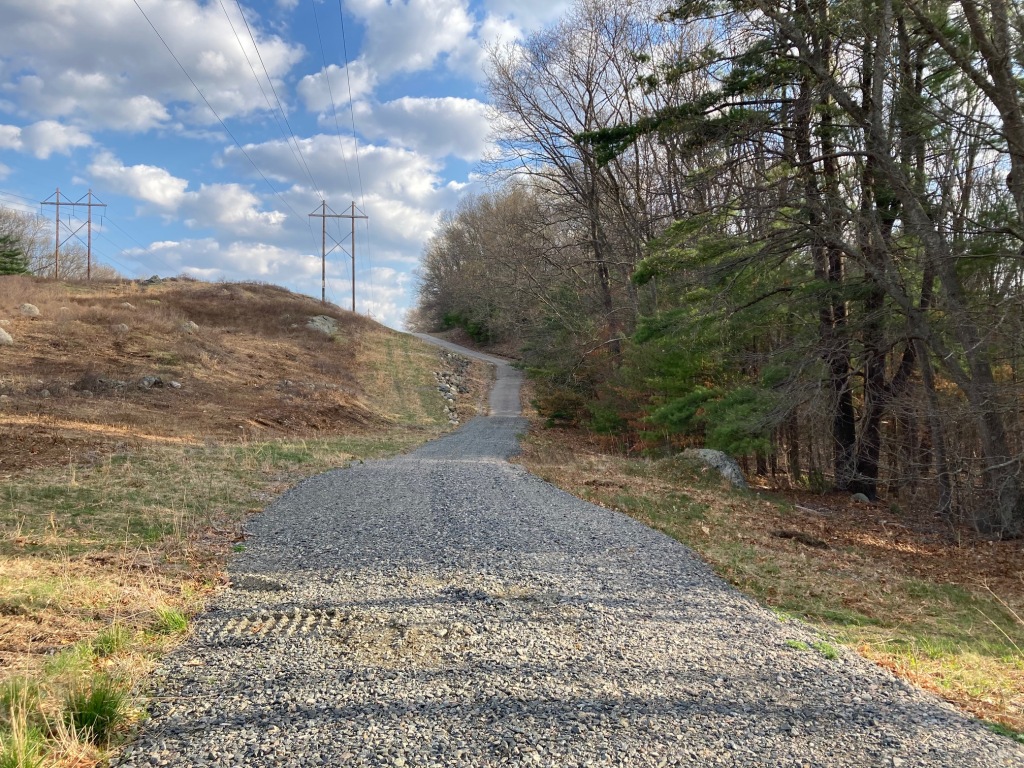 Through a miasma of mom jokes and sarcasm, we made a plan to ride. It was the weekly plan, but updated for a new day. Changing days is like flipping a coin, 50/50 at best. Plans are tenuous at the best of times. Intentions collide with reality. Nonetheless we all rolled up at Chapman’s and stared at each other expectantly.

I had invited a new guy and not told anyone, and the new guy showed up before me, so he introduced himself and then I arrived. What a dick.

There was nothing to do but ride. We went the usual way, snaking out through the neighborhood and then eventually into the woods. With more of us along the pace slowed, and I was grateful for that, my legs still a little heavy from the weekend fun.

I struggle with cycling nomenclature sometimes. This was a gravel ride, although we only encountered about 500 feet of gravel on the whole thing. Mixed-terrain seems more accurate but it requires an extra syllable and most folks can’t be bothered. Also, mixed-terrain isn’t any one thing, and the human mind has trouble with that ambiguity. So we call it gravel, even though it’s not.

This ride was what I call a ‘gramble,’ a gravel ramble. Low speed, high stoke. A lot of running commentary, good-natured ribbing, pauses to get the group back together. It’s a pretty civilized way to ride a bicycle.

I almost always gramble when I’m on my own, that is if I head out on a solo adventure. Grambling can be meditative, just the right ratio of effort and skill required to keep you distracted from life and responsibilities. A road ride doesn’t do that for me. Roads are, generally speaking, too long and straight. And there are cars.

Grambling is a car-free endeavor. The only other creatures you encounter are dogs and their walkers. Sometimes they yield the trail, so you can slide by (always with a thank you), and sometimes they make you roll slowly behind them for a stretch before they notice you. No big deal. You’re grambling. There’s no rush.

Chad, the new guy, and I pulled off at 9am and headed for home. He had an early Zoom call, and I had a vaccine appointment to make. It’s poor form to receive a life-changing vaccine smelling like one of the lower apes and splattered still with fresh mud.

The rest of the guys grambled on.