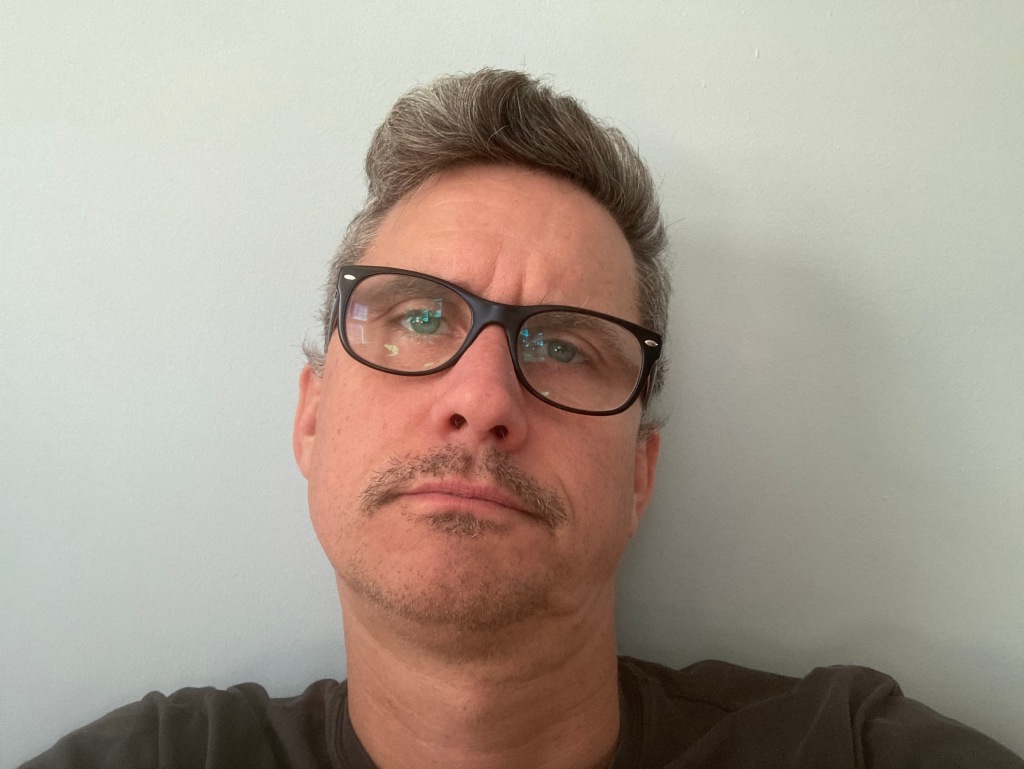 This post appeared a few weeks ago on The Cycling Independent.

The photo above is not what I look like. I am not a moustache-sporting hipster (too old) or an insouciant dandy (too introverted). The photo above represents my best effort to participate in Movember, a movement for men’s health that focuses on mental health awareness, as well as an increasing number of physical health issues.

Long time readers will know that I deal with depression and more or less always have. My struggle started before puberty, continued and gained speed through an early-adulthood addiction problem, and culminated in my early-30s, after the birth of my kids pushed my mental limits to their breaking points. My wife encouraged me to get help, and I did. Without that bit of living intervention, I shudder to think what my life would look like.

Up to that point I had succumbed to depression’s shame dynamic, the lie that admitting you have a real problem is a sign of profound weakness. I’ve come to believe that this lie is central to the disease of depression. It’s the part of the illness that propagates the illness, the part that keeps you alone, in the dark, beyond help. Even just making the phone call to my doctor’s office to ask for help afforded me a dose of relief.

The way out, for me, was doing addiction recovery work, group therapy with men who were dealing with the same problems I was, and antidepressant medication. I wouldn’t be as functional as I am today without any one of these aids. Having said that, I’m no expert. There are probably multiple ways out of the darkness.

Depression is a shitty illness. Unlike sadness, which attaches directly to life’s setbacks, depression is causeless. It’s true to say that I have no real problems in my life. I have everything going for me, all the things a person could want, and yet, episodically, I feel there’s no point to it all. If you have not felt this, I can understand that it’s hard to comprehend. We live in a cause/effect world. In that paradigm, depression doesn’t follow.

And it’s hard to say whether we are living in an epidemic of mental health problems, or we’re just talking about these things more for the first time in human history. I can tell you that I am able to trace my depression back through my father’s generation and the one before that. Still, my family only started speaking about our shared problem in the last twenty years, and mostly only in private.

That brings me to Movember.

When I hatched this idea, to participate in Movember, it felt like a lark. I was in a good place and growing a dumb moustache felt funny. Then the tide turned. Late October’s loss of daylight affected me more than I’d anticipated. I had a bout of diverticulitis followed quickly by a Lyme disease diagnosis. As I type, I’m moving through a mental miasma, one part contrived positive mental attitude, one part aimlessness, one part despair. I hate how I feel, but maybe it’s what I needed to feel to be able to share these ideas with you in a genuine and urgent way.

I am not doing a Movember fundraiser of my own, and in fact, I am going to shave this thing off my face now (and get a haircut), because it’s making me feel subtly out of control in a way that is not helping my state of mind. What I am doing though is encouraging you to share your experiences here and/or contribute to the Movember organization.