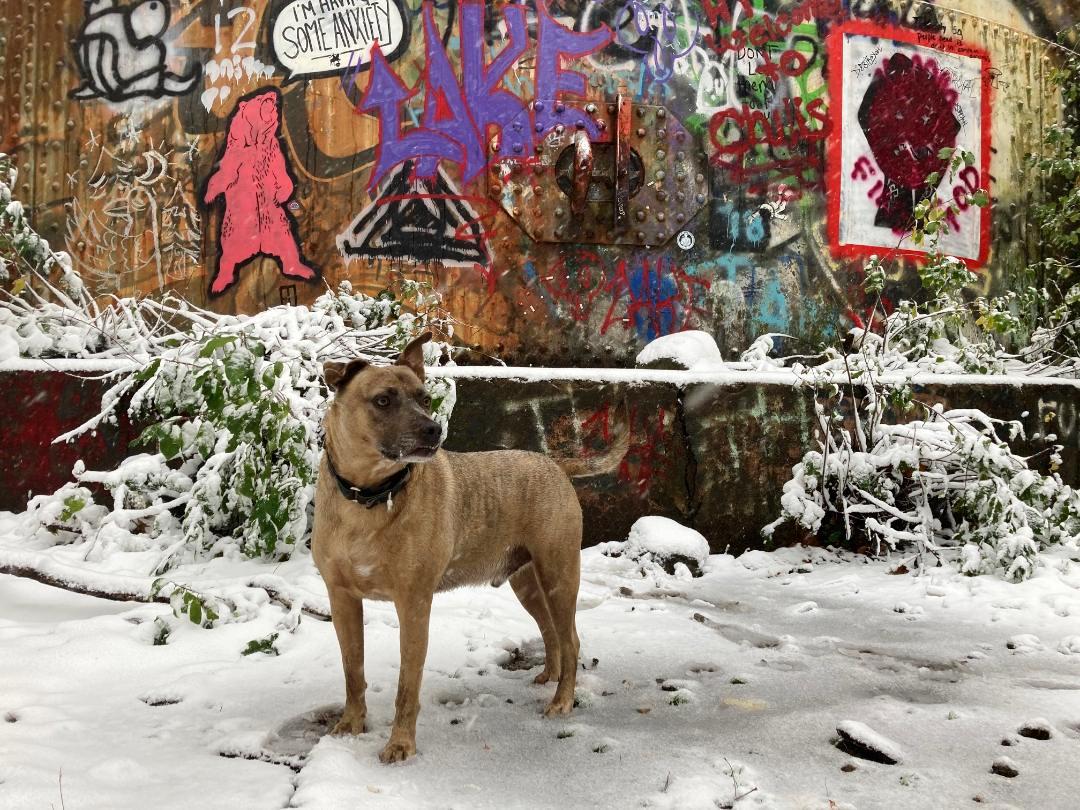 Today, the first snow is falling here in Boston, and for once I’m genuinely excited about. I’ve been taught now how to love it, see its beauty and opportunities, and that’s down to having the right friends.

It’s good to be friends with people who are better than you are. Keeps you humble. Gives you someone to learn from. They’re all mentors to me, really. This pandemic has shown who the best and strongest are, and I feel really proud to know them. They’ve all used the time lockdown has gifted us to do big things.

Because she wrote a good thing about running 50-miles (really about the improbability of it) here yesterday, I’ll single out Caitlin. She has done so much since March that I can’t keep track of it all. Through injury, she’s kept going. Through anxiety and anguish, she’s kept going. If the only way is forward, then Caitlin is at the front, doing big things alone and with groups, always driven by a personal belief in social justice, for which she has raised money and showed up and supported other people and talked and walked and run and voted, and she’s a real hero who doesn’t puff herself up. Just does the business.

Next is M, Meghna, an indomitable spirit who pushes me to do more than I think I can, who shows up, who dreams hard, who ran 200 trail miles in the August heat. And while I was there next to her, running, Project 200 just wouldn’t have happened without her relentlessness. I run more miles, read better books, and think better thoughts because of Meghna.

There is John, who wrote this. He ran the length of the Garden State Parkway on dirt, then had his shoulder replaced. He covered all those miles with the ball of his humerus worn halfway away, and he was cheerful about it, sending me random texts from the trail, ruminations on falling down, and links to metal videos.

Chapman, who wrote this, has been coming back from knee surgery and back trouble. He rode a 100 mile gravel event last weekend. He proofreads my work here. Hell, he reads it, which makes him a hero and critical support.

Together with Koop, who is probably the strongest of all of us, Chapman makes riding bikes fun. Koop has dragged me up mountains, on snowshoes and skis and on foot. He pulled me through my first half-marathon. Showed me where the good snow was, how to ski it, what the mountain is like at dawn, before anyone else is there.

And of course there is my wife, who taught me to get up early, to show up even when I didn’t want to, to complain less, to commit more fully, to take myself less seriously.

A word also for two of my friends who have chosen to get themselves sober recently. It can be hardest when you are a functional problem drinker, to see the urgency of sobriety, and then also to pursue it when the world is so filled with anxiety. I admire them both.

As a lifelong depressive, my reflexive thoughts tend to be negative. I’m lucky to have good, strong people around me who have optimism and ambition and kindness in spades. By myself, I can’t do much. With this crew, and others like them, I have a pretty full, great life.

One thought on “The Lemonade”